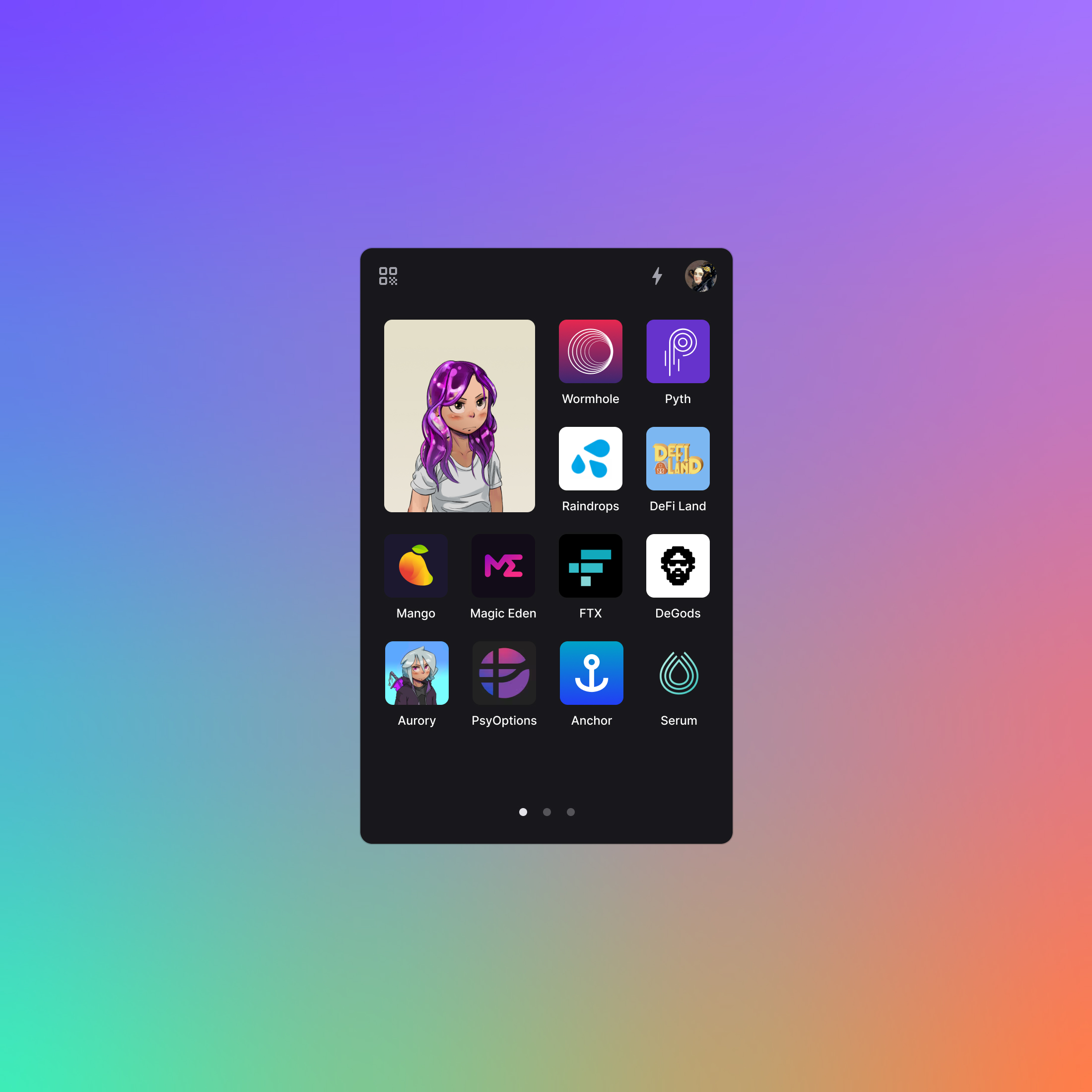 X stands for eXecutable—tokenized code representing ownership rights over its execution. The idea is simple, so simple it’s surprising no one has done it yet. But it’s as simple as it is powerful.

Over the coming months, we’ll be going all in on xNFTs, building out a blooming ecosystem of apps, protocols, developer tools, and JPEGs (lots of JPEGs) that push forward Web3 through our new company, Coral. In many ways, this is the natural evolution of the Anchor framework, as we grow the team and expand from the smart contract layer to go full stack and multi-chain. This means reinvesting into tools we all love and use like Anchor, but it also means new experiments like xNFTs. It’ll be a wild ride, with tons of failure (and hopefully some success), and we’re excited to share with you every step of the journey—blue balls and all.

For the first phase of the xNFT experiment, we’re starting with wallets. Today, they’re the gatekeepers of blockchain ecosystems. They’re permissioned, closed, and closer to Web2 than they are to Web3. If you want to build a new protocol, you need to lobby for integration, but there are so many protocols on so many blockchains that no one can expect to be included. It’s a product management nightmare, and it’s holding back innovation. Wallets are more like blackberries than they are like iPhones—token specific asset management tools—but imagine a wallet that used all of your crypto assets. Imagine if you could manage your Mango margin accounts, stake your DeGods, or view your Magic Eden listings not in a web view, but natively in a single interface. Imagine if you wanted to create your own token protocol with your own twist without having to convince everyone to implement it. xNFTs are the standard breaking standard making all of this possible. And for the first chapter in this story, we’re building not a wallet, but something different, an xNFT operating system we call Backpack.

Like a wallet, Backpack manages your private keys and connects to apps. But unlike anything else, it’s asset and protocol agnostic. Everything in the wallet is an xNFT. This is a big deal. Most wallets only show your tokens. Some don’t even show your precious JPEGs. Backpack, however, is a home for everything. It’s an open, programmable system built for Web3. And like any other application operating system, has a set of developer frameworks and APIs associated with it, allowing anyone to build their own xNFT apps for any protocol on any blockchain—without permission.

Today, we’re opening up Backpack and the xNFT developer framework to a small group of developers to build the first batch of xNFTs. There will be glass, lots of glass, as we build out the tooling together with motivating apps. To start, there’s a couple projects we’re excited to see: listing on Magic Eden, viewing Aurory DNA, staking Degods, borrow-lending on Mango, bridging through Wormhole, using vaults like Psyoptions, and developing with Anchor—all inside Backpack.

This is a lot, and believe it or not, this is just the beginning. There’s a lot more on our roadmap that we can’t wait to share. We’re nurturing a vibrant ecosystem of xNFTs, so if you’re building in crypto, reach out. Let’s build together.

There are no related posts to show.

Stay updated on product releases and news from our team.

Thank you. Your submission has been received.
Oops! Something went wrong while submitting the form.
We hate spam as much as you do.